My husband and I recently rented a 150-year-old Victorian Home off Airbnb.

We needed a place to stay during a Love After Marriage seminar we were attending. He knows I like vintage things, and from the ad, this home seemed like a lovely place to stay. 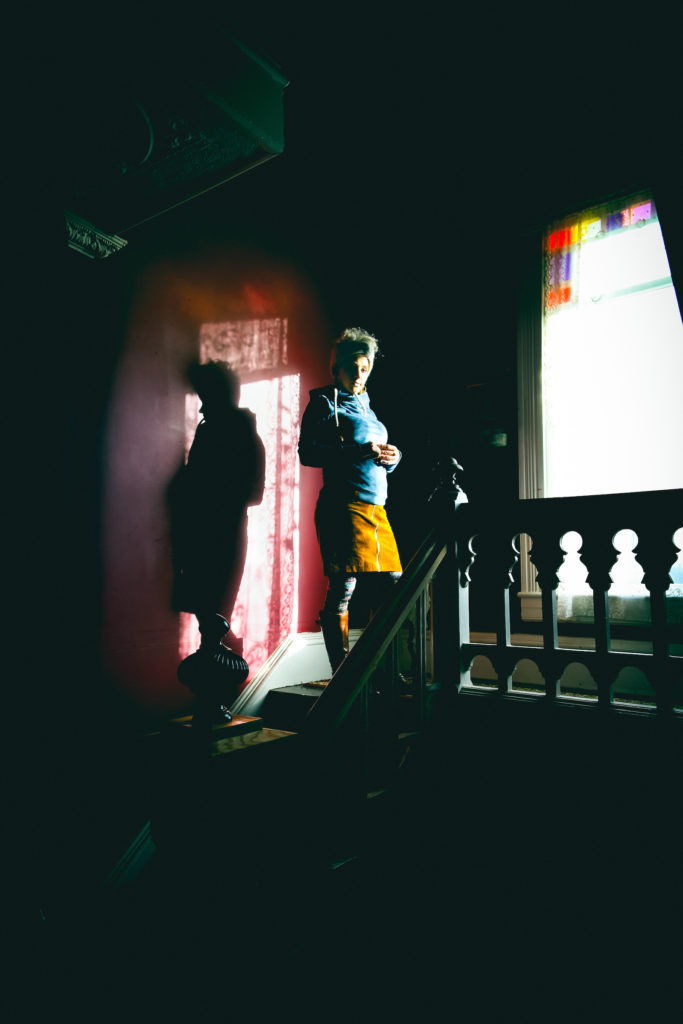 The home had all period furniture. It had three bedrooms. One was larger and castle-themed, another had an Egyptian theme, and the third was just vintage. Tall, super tall, ceilings with designs?and one bathroom with a clawfoot tub?were also a big part of the home.

The home had belonged to a somewhat famous man in the area, and his wife and child, who had built it. The first owner?s picture of himself, his wife, and his child were on the wall along with an article about who he was and how he died. He died of suicide. Although, the suicide occurred in a different city. Later we learned that every one of the three previous owners??including the present owner?s?marriages had ended in divorce. And here we were attending a very extensive marriage seminar…

The home?s owner lives in an apartment built on the side of the house and he was a mid-aged, divorced man who was very happy to visit with us and tell us about the home?s history. He makes his guests a very large and hot breakfast every day and found us each morning before he left for work. A very nice man.

I am not a very feely person. I have heard of people feeling things in their surroundings that were evil, but it?s only ever happened to me once, that I remember. That was just a few weeks before this home visit. I walked past a homeless man, and goosebumps popped up all over my body. That was unusual for me to experience. I assumed the man had something dark hovering around him, or even running him, and that was what had caused my goosebumps.

The second night out of four, I was finishing up in the bathroom. It was about 11:00 at night. Chris was in our bedroom. We had picked the biggest room, as we had the entire home to ourselves. I opened the door, not thinking of anything in particular, and looked down the hallway both ways, then glanced straight ahead into the Egyptian room. Stepping into the hallway, I was suddenly washed over with a sense of fear and anxiety. I stopped in my tracks, unsure of what I was feeling or why, and in split seconds, a picture of a seance happening downstairs at the long wooden table showed up in my mind. I didn?t waste any time getting back into our bedroom and I shut the door hastily behind me. Chris looked at me and asked me what was wrong.

Still shaking, I told him, ?I think people have seances here and have invited some evil spirits into this home. I think something really dark lives here! I just had a vision of one happening, although, I am not sure if it was my imagination messing with me or the Holy Spirit showing me something.? He grabbed the tweaking-out version of me and prayed for a few minutes. I was certain our room was infested with evil now. It was quite an intense feeling.

Chris asked me if I wanted to leave and get a hotel. I sat myself down to gather my wits. I thought about all the book knowledge I had learned and what to do about evil spirits in a home. I knew I couldn?t clear out the entire house because of artifacts and things that might have been a part of the invitation to dwell there.

I told him, ?No. We are not going to leave and let them push us around! Let’s pray over our bedroom and hope that it protects us. The Holy Spirit that dwells within us is more powerful than they.? And so, we opened the door and asked, ?In the name of Jesus of Nazareth, who came in the flesh, any unclean spirits must leave this space and not return!? I identified myself as a child of the most high God, and by his authority, I commanded them to exit. I would not step foot in the hallway that night, even with a light on, no matter how bad I had to use the bathroom. Look, I am only human, and learning about this stuff is not a light thing, let alone a welcome feeling.

That same night, I scrolled through the sixty-some reviews the home had. I found a few that mentioned spirits. One of the reviews was from a couple that had a very nasty, evil experience and wouldn?t even share about the large portion of their interaction with the supernatural. No, I got that information from the quite chatty owner the next morning. I told Chris that I needed to find out if my feeling was based on any truth and that I was going to ask the owner personally.

The next morning, I stood at the top of the stairwell, talking to the man briefly before he headed to work and we to our seminar.

?So, this home is really old. Do you ever have any trouble with spirits in it?? I asked him, not mentioning my own experience. 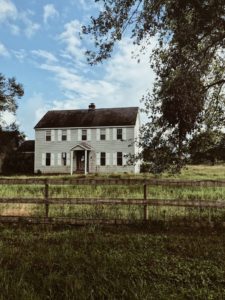 He laughed hesitantly and told me about the couple that had left a bad review a few years ago. They had said their child had seen an apparition of a woman in black standing at the French doors downstairs. ?The couple was very upset and nothing I could say would soothe them. Then they left the bad review, and I thought it was going to destroy my bookings. But it had the opposite effect! As soon as the rumor was out about the ghost in the house, I had everyone wanting to come and stay here. I have had ghost hunters and full-on college mystery parties pack the place out. I have had people ask me if they could have their money back if they didn?t see a ghost, and of course we have had seances as well? Look, I have never seen anything personally, but I will tell you this house is a spirit in and of itself. It tells me what it needs and wants me to do next as far as restoration goes. I will find the period piece easily after it says what it wants. This house is pretty much my mistress.?

There it was. Seances.

We are learning a lot as we are attending a Spirit-Led church for the first time in our lives. Learning what our gifts are a little more intricately is a part of this growing experience. One of mine seems to be discernment of spirits. Yes, the power of the Holy Spirit is alive and active and is more powerful than the spirits of the church of the night. Praise be to Jesus. I am both excited and scared to see what or how the Holy Spirit speaks to me in the future.

Evil spirits are tantalizing and drawing us into their vortex using mystery and power to bait us. And supernatural stories of miracles and good angelic beings are everywhere. We were made to worship and to tap into a power source via request. But, the big question is, which power source are we using?

One thought on “A Haunted House Experience”

This site uses Akismet to reduce spam. Learn how your comment data is processed.